What does world-class coffee roasting, boats, the San Juan Islands, and a coffee shop full of lost people have in common? A sea-drifter named Winston; to some he’s a conman, to others. . .   a savior 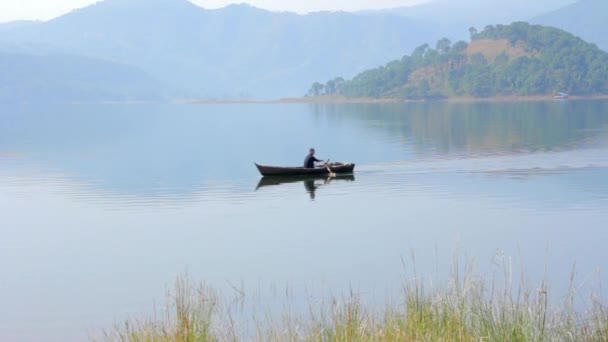 I am exciting that my first romance novel Ristretto Rain (previous working title, Rock Harbor) is in its final editing and will be on the market by summer. This has been a deep labor of love for me, having started it three years ago and was interrupted when I was diagnosed with cancer in January 2019. It went to the back burner. I then wrote Christina Athena while undergoing a stem-cell transplant last summer. I was able to return to the manuscript in September and finished it three weeks ago just before Christmas.

Somewhere, around January 11th, 2019, I became suddenly and serious ill with acute renal failure, caused by the bone marrow cancer Multiple Myleoma. I spent almost three weeks in the hospital fighting for my life. I am still quite ill and weak but starting the long, hard fight back. I am also still writing.  I have two projects in the works that I’m excited about. I will update more as progress continues. Please pray for my fight.

Christina Athena; The Girl with the Headaches

Christina Athena; The Girl with the Headaches, is a novel about a girl who developed incapacitating migraines at age eleven. I have worked (until I got sick) as a headache specialist for 37 years. While there have been many books written on headaches, including many biographies, I haven’t seen any works of fiction that capture the disorder well. I want to weave a moving story to help the reader to understand what it is really like to be stricken by this horrible disease and to look how society treats you in return. I draw from the 10,000+ patients I’ve had the privilege to know and  to work with over the years. The story ends with the great breakthroughs that have come in 2018-19. It is now available and you can order it from Amazon here.

The first novel, which I’ve been working on for six months and was near completion, is Rock Harbor. The inspiration of this book came as I sat in Acme Coffee Shop in Anacortes, Washington two summers ago working on Waters of Bimini. Over my shoulder, I kept hearing these fascinating customers coming into the shop and talking to the barista about their personal lives.

Rock Harbor is centered in a coffee shop in a (mythical) and geologically isolated village in the San Juan Islands. The story flows in and around the art of coffee roasting and brewing. What happens to the eight characters when a strange man, Winston, comes rowing into the harbor, from the Pacific, and is able to see directly into the most hidden parts of  each of their lives?

What Readers are Saying:

I don’t know how to explain this book other than to say it is a great mystery written around the world of cutting-edge medicine, medical research, insurance companies, and men with great egos. Don’t let the medical aspects throw you…this is a great mystery story on its own. Try it!

The science (science fiction) is fascinating. The personal relationships are complex. The overall narrative has many unexpectant twists and turns that takes the reader on a roller coaster ride, emotionally. Even the philosophical and ethical questions raised stirs the mind to its limits. It reminds me of the Millennium Series books ( Girl with the Dragon Tatoo and sequels) but played out with surgeons, PAs, and medical business people, rather super-gifted computer geeks.

I’m not someone who typically reads about medicine or doctors, but this book grabbed me from page one and kept me hooked. Dr. Curtis Eisner is the perfect character/vehicle to take the reader on a tour of the real world of medicine.

I normally don’t choose to read books with a medical theme, or at least don’t make it past the first chapter, but this one drew me in. Despite his obvious genius, the main character is relatable. I was pulling for him as he wrestled with the medical/industrial establishment, his family obligations, and his own intense drive to simply do good and make a profound change on people’s lives. Curtis’s blunders lend humor, and the technical conversation is actually very engaging. The detailed descriptions of medical and meta-medical procedures drew the view from an OR observation window clearly in my mind, and the dull frustration of suits, egos, and boardrooms resonated. Then what seemed to be a fairy tale ending turned into a nightmare.

Curtis Eisner is a brilliant neurosurgeon, with a gift for seeing mathematical patterns in nature. This gift allows him to find an innovative way to fix spinal cord injuries. However, his dream of saving the world’s para and quadriplegics, becomes maliciously entangled in the American medical-business complex. What happens when Mack Pendleton, a billionaire financier, takes Dr. Eisner’s genius in a new and dark direction? Can Becky, his wife, or Bryan Rogers, a surgical PA, save Curtis and his dream before it is too late? #Waters of Bimini.

A video Introduction to the Book

J. Michael Jones has published more than thirty articles in national and international journals, and this is his fifth book. He lives in Anacortes with his wife Denise. Between them, they have successfully raised five great children. They have traveled the world looking for wisdom, adventure, and creativity. Mike has practiced medicine as a Neurology PA for thirty-six years. His experience of trying to practice compassionate medicine, within the complex world of American medical business, is the watershed for the medical thriller, The Waters of Bimini.