This is a saying that is used in Christian circles. Its roots are in several Bible verses, mostly in the King James version of the Bible, where someone is told to “gird up their loins.” The most famous of these verses are in the book of Job, where Job is told several times by God to gird up his loins. In that case, God was telling Job to “man-up” or get ready for a harsh response.

In history, girding one’s loins is another way of saying prepare for war. It meant gathering up the tails of your cloak (so that you can move without tripping on it) and put your hand on your sword as you go into battle. Later in history the term might have been, put on your armor. Then a more recent version would be, prepare for war or battle. This week is my week for girding up my loins.

I’m on day 34 of a 90-day process. Up until this point, I’ve had a couple of bone marrow biopsies, infusions, bone marrow stimulation and harvesting of stem cells, multiple clinic visits (at least 9-10 per week) and countless blood draws, x rays, etc. All of this has been a piece of cake. On June 9th, the real war against cancer starts and it may be brutal.

On June 9th I will enter the University of Washing Hospital. I will be prepared with IV hydration and anti-emetics (medications that prevent nausea) and then receive the first of two high-dose (estimated 165 MG) of Melphalan. The second dose the next day. It is being spread out over two days due to my renal insufficiency (kidney problems). I will have one day of rest and then my own stem cells, which we harvested two weeks ago, will be thawed out and re-infused over the following two days (June 12 and 13).

Melphalan is a mustard agent that has its roots in the “Mustard Gas” chemical weapons of World War I, which killed over 10,00 people (the first weapons of mass destruction). It was observed after the war that some of the survivors of the chemical attacks had depressed bone marrows, meaning they were not making as many white blood cells as they should have. This gave some researchers the idea of trying variations of these chemicals to kill certain types of bone marrow cancers. This is how we ended up with Melphalan. It is a brutal drug, which is intended to erase my bone marrow. I wish we could erase just the .01% that is making cancer cells, but there is no way to do that. So, we must erase the entire bone marrow. It is a “scorched earth,” approach, but that is the best we have.

The drug makes most patients very ill. Those with renal problems, more ill. For that reason, I must stay in the hospital for two weeks whereas others only a couple of days. Then, because the bone marrow is gone and the baby stem cells are working to create new bone marrow, I will have virtually no immune system. This is the serious part of the side effects and means that I must avoid anything that can expose me to germs (bacteria, fungi, or virus) for at least six months, or it could kill me. So, I (and Denise) gird our loins with a six-month battle in front of us, the worst part next week.

I am taking this course of stem-cell transplantation, not because I am brave, but because it is the only pathway to a potentially, near-normal life. If it is successful, the bad protein production will be halted for now. The cancer will probably return, but it could be in years. This may allow my kidneys to return to normal (over a period of years). This will prolong my life and possibly give a chance for my symptoms of renal failure to improve. I will still have to be on chemo to prevent a return of the cancer.

Right now, I feel the best I have felt since October 2018. My strength is about 90% normal, and the only thing that keeps it from being totally normal my hemoglobin of 9. Normal is 14 for a man. Yet, if were in Anacortes, I think I could climb Mount Erie, but slowly. I am now walking five miles per day as part of my “girding of my loins.”

The reason that I am feeling so much better isn’t due to any treatment, but the lack-there-of. I have been off chemo for 7 weeks and off dialysis for almost 3. Both of those were saving my life but making me feel like shit, all the time. It is hard to describe but it is like I was having the worst flu of my life, 24-7. People would say to me, “Mike, you look great” but little did they know that I could hardly function.

But now, I feel like a real human being. But this is not sustainable. My cancer cells, I am sure (we have not measured them in 3 weeks), are raging with the intent of killing me. With my type of myeloma (stage 3 lite chain), the victims don’t live more than 8 months without aggressive treatment. In my previous state of renal failure, I would have died without dialysis within weeks. But now, I can get by, barely, on my own kidney function and following a very strict diet.

Denise will have a full-time job of sterilizing our house and trying to find the very few foods I can eat. Due to the strict renal diet + immunosuppressed diet + low cholesterol (the chemo caused my cholesterol to go up) the diet is very limited. No nuts, no beans, no citrus, no vegetables except lettuce, kale, carrots and no whole grains. So, I can have pasta (without sauce), deeply cooked meat and eggs, white bread, and just about nothing else. I will try to do most of my own cooking.

The neurological symptoms from my uremia (state of renal failure before I was diagnosed and started on dialysis) have not improved. It is my greatest distress. It is hard to explain to someone else why these symptoms are so horrible. But I have muscle twitching from my thighs to my tongue and it is 24-7. It is so bad that I had to do a full mental health work-up here after I mentioned that I considered blowing my brains out because of the twitching. While the twitching is common in uremia, to be this severe and without resolution is not so common. The psychologist is trying to teach me coping skills so that I don’t let the twitching drive me crazy.

I’ve had a profound answer to prayer (whether you believe in supernatural answers, or the fantastic abilities of the human body to heal) in the fact that it is looking more and more likely that I’m done with dialysis. I will dance in the streets when this is a sure thing. I will dance naked if you want.

The next big area is for the twitching to stop. It does stop sometimes for 5 minutes and that feels great. Then it comes charging back. We have tried medications, gabapentin and lorazepam without a clear benefit.

Then of course, pray for me to survive the transplant process and that it will give me many years of life. I don’t want to die. Dying at 63 is unfair. Dying at age 100 is unfair. Certainly, dying in your teen, twenties or thirties is unfair. Death is unfair. I can’t imagine (and I’ve tried) Denise and the kids living without me. It is too painful to picture.

Except for the twitching, I (we) seem to be handling things quite well. However, I feel that there is this thin veil of wet tissue paper between Denise and me and our total emotional collapse. When I have bad news, like when my potassium shot up last week and there was a threat of putting me back on dialysis, I had uncontrolled sobbing. I have had 3-4 episodes of massive sobbing in the past six months, then I pull my act together. Maybe it is an act. 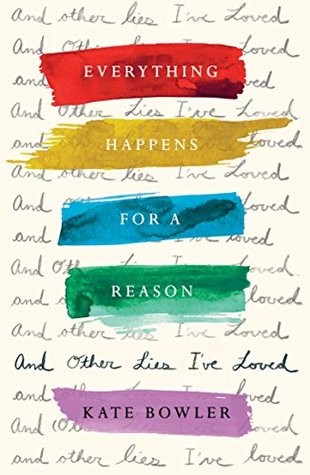 I think Denise has had the same, but she hides it from me so I can’t count her episodes. She was raised to hide her emotions. I came from a family that showed them, like the Italians. Denise use to make me go outside to cry if we had kids in the house. I think she finds private places to cry as not to distress me. It wouldn’t. I remember my mom laying face down in our kitchen floor crying when her father died. I laid down beside her… I was twelve.

I will keep you posted as this battle unfolds, but not with so many words.

9 thoughts on “Girding up the Loins”