How Many Were Leaving in the Pre-Trump Era?

A Pew Research survey in 2015 showed that one-third of millennials were not associated with any church, which was up 10% since 2007. It also showed that 85% of people born before 1945 considered themselves Christians, while just 56% of those born between 1990-1996 do the same. The number one reason cited, in that survey, for leaving the church wasn’t some deep philosophical change but simply boredom with the Church. (http://www.pewresearch.org/fact-tank/2015/05/12/millennials-increasingly-are-driving-growth-of-nones/)

According to Rainer Research, 70% of youth, who were active in youth group, leave the church by the time they’re 22 years old (Christianity Today, November 2010, Vol. 54, No. 11, Pg 40). In a projection of previous research, Barna Group estimates that 80% of those raised in the church will be disengaged by the time they’re 29 years old. Several other studies and surveys confirm the trend: “Millennials (18-29-year-olds), who were raised in the church, are leaving the church in droves” (https://www.barna.com/research/six-reasons-young-christians-leave-church/).

While official government statistics point to 70% of Americans being Christian, only 7-8% of Americans are Evangelical Christians, meaning that they believe in the authority of the Scriptures, they attend a church regularly, and they believe that Jesus is the only way to salvation (John S Dickerson, The Great Evangelical Recession, Baker Books; 37302nd ed. January 15, 2013). On the present trend, this number of “true believers” will drop to 4% in thirty years. We are indeed living in a post-Christian society, and that “post” is profound. While in previous generations youth, who left the church, would return after they married and “settled down,” the millennials are different. They are not getting married or settling down and most likely, will never come back to the Church.

All the above studies and book were written prior to Donald J. Trump announcing his bid to become president.

The General Reasons they were Leaving

According to the author David Kinnaman , “They sense that the established church has internalized many of ‘Babylon’s’ values of consumerism, hyperindividualism, and moral compromise instead of living in-but-not-of as kingdom exiles.” They feel “caught between the church as it is and what they believe it is called to be” (Kinnaman, You Lost Me, Baker Books; Reprint ed., June 21, 2016).

Christians have always had two choices in their view of how they relate to the greater society. It is as exiles (as the Jews in Babylon), where they comply with the amoral societal duties and resist against the immoral ones, as did Daniel’s three friends. But they never equate the general civil society as the same as the body of Christ, or its ambitions. What Kinnaman is alluding to, is the millennials see the church as not resisting the immoral positions of the greater society (such as social injustices, materialism, and greed). Instead, th 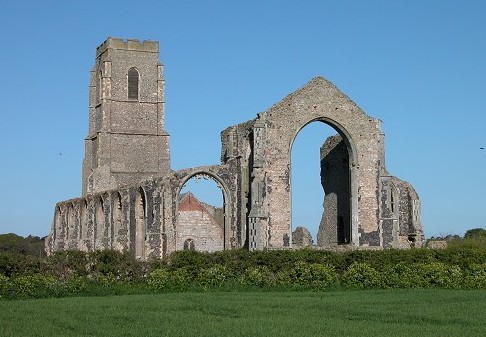 ey are absorbing those traits into their own culture. Likewise, they start to blend the aspirations of the greater, secular culture (military or economic domination) with those of the Church. The statement that best illustrates the latter thought is “America is a Christian country and we must return its roots.” Nationalism, which is sweeping many areas of the west, including America, it an egocentric tenet. It can be thought of as the outward projection to the whole of personal self-centered aspirations.

The Millennials, with Christian upbringing, have been confused by this. The Christian ideals they learned in Sunday school, Awana and youth group were love, kindness, being a good Samaritan, giving to the poor, honesty, and not being hooked on material riches. One of the principal teachings of Jesus was that we, as individuals and a collective group, must be benevolent towards others. It should be the projection of the first shall be last and the last shall be first. But as they grow up, they see the Christian society, aligning with the very opposite. With an honorable aspiration for authenticity, they choose to leave rather than to pretend, like they see the older people doing.

An article from Patheos Insider (online) sates, “Many dechurched millennials—the “Nones”—were hungering for Jesus and didn’t find him in the church. They longed for rich, intense, honest community. They wanted to love their neighbor and enemy alike. They’d didn’t understand why 5% of church budgets (at best) went to help the poor when Jesus said to give it all away. And—contrary to what some of you are thinking—they actually wanted more Bible, more depth, more substance than what they were being fed. And here’s the real convicting thing: They hungered for more intergenerational relationships and didn’t experience these in the church.” (http://www.patheos.com/blogs/theologyintheraw/2015/09/why-are-millennials-leaving-the-church-in-droves-part-1/)

What they are Looking for in a Church

• Authenticity. Some have called the present—Post-post-modern—period of western history as the “Age of Authenticity.” While true candor is often an illusion, at least the millennials have the aspiration of being more sincere, or authentic than previous generations.

Taylor Snodgrass of Church of the 20 somethings describes it this way: “Our generation has been advertised at our whole life, and even now on social media,” he says. “Consequently, when a company isn’t being authentic with their story we can easily see through this. If the church isn’t giving you the whole story, if it’s sugarcoated and they’re trying to put on an act on stage, people in their 20s will see through this. This causes us to leave. We’re good at seeing when people are lying to us. (https://exponential.org/5-things-millennials-wish-the-church-would-be/)

• Another want, sounding over simplified, is clarity in the church structure and order. Because many of the millennials have not been church, some feel intimidated when they enter a church building, not knowing the cultural cues or orders. They must have simple and clear guidance, like anyone one entering a new subculture. Signs are helpful, or people to point you where to go. You can’t assume anything. The Barna study found that two-thirds of millennials saw their ideal church as focused on “community” (78%) over “privacy” (22%); and “casual” (64%) over “dignified” (36%).

• The church has become a place of doing and action, rather than a place of rest. The millennials often want a place that is peaceful and restful, not a place that wants to consume their lives with busyness. Many avoid the Church because they know that the church will entangle them in many programs that eat up their time. The church often uses the pressure of guilt such as, “you need to do your share,” to coerce people into joining committees, work groups and other associations. Younger people don’t want those intrusions into their private lives.

• The millennials, while wanting a place of peace, don’t want a complacent place. They want to encounter the difficult questions. These include topics such as why should they abstain from having sex if they are not married? What about social justice issues?

• The millennials want older (baby boomer) mentors. These are not just spiritual advisers but guides in financial issues, professional choices and even relationships. They see value in the older people, but the Church has a tendency to group people and separate them by age groups.

The Deal-breakers, the Last-straw for Leaving

• Churches seem overprotective. One example is home-schooling or the Christian school. While there can be many merits to those choices of education, if it is to protect their children from challenging ideas, such indoctrination may accomplish the opposite.

• Teens’ and twentysomethings’ experience of Christianity is shallow. Many do not believe the faith they were being taught is relevant to practical parts of life, such as career.

• Churches come across as antagonistic to science and reason. Church teaches that you must adhere to certain doctrines, even if the science doesn’t support it.

• They wrestle with the exclusive nature of Christianity.
“Younger Americans have been shaped by a culture that esteems open-mindedness, tolerance and acceptance. Today’s youth and young adults also are the most eclectic generation in American history in terms of race, ethnicity, sexuality, religion, technological tools and sources of authority.”

• The church feels unfriendly to those who doubt.
“Young adults with Christian experience say the church is not a place that allows them to express doubts.”