Ramblings: The Ethics of Suicide in the Presence of a Medical Crisis

I now have three books started, I’m talking about books that I’m writing. I have two books that I’m reading, Stones of Summer, and In the Beauty of the Lilies. Two of the books that I’m writing, Rock Harbor and Christiana Athena; The Girl with the Headaches, are both about done. I’m just editing them a bit. Now I’ve started another one of those deep, philosophical, nonfiction books, The Meta Enigma, and I will do a post about it in the next week or two.

But for us to like to write, you can’t leave a keyboard within reach, when we are idle. I’m idle a lot these days. I sit cockeyed on a dialysis chair trying to write books, and I look at my 8-9 other comrades in their chairs and they are either watching Fox News (a couple of them) or sleeping for the whole four hours.

As always, I have a constant whirlwind of philosophical thoughts going through my head. This is the way I’ve always been (even pre-cancer), however, now the idleness permits me to put these thoughts on paper as my Ramblings. 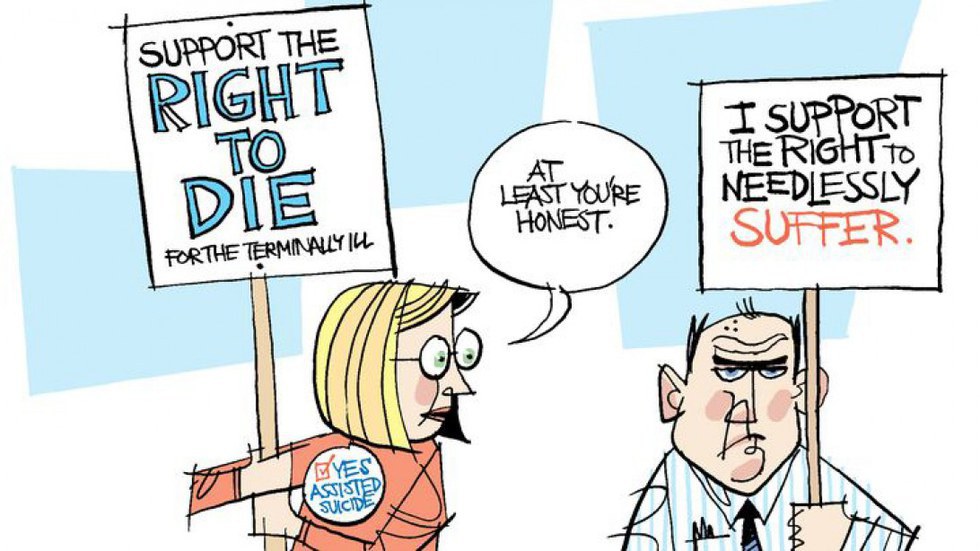 In my last Ramblings posting, I wrote about the ethical considerations of spending large amounts of money to keep someone alive. I was afraid—and proven correct—that some skimmers would immediately think I’m in some sorts of financial crisis now and am asking for money. Nothing could further from the truth. I have no idea how much this illness will cost us and our insurance, hopefully, will cover most of it. It was about the principle of the matter. Sometimes I do wish that people would either read these things carefully or not at all. But I am a self-confessed skimmer. But I say this because I’m getting ready to write another Ramblings that will certainly be misunderstood by some skimmers. I will say here, before I begin, that—no—I am not considering suicide right now. I’m only discussing the ethics of it.

I have known several people who have taken their own lives when faced with a major health crisis. I know of at least one (probably there were more) who did it because they were depressed about their health crisis, not because the crisis itself. For example, I knew a 38-year-old mother of a 12-year-old girl who had breast cancer. Her oncologist told me himself that it was an early breast cancer and very treatable. However, this lady refused all treatments. I argued with her and did everything I could to persuade her to get treatment, including recommending professional mental health help. Do you know what I would give for a treatable form of cancer instead of what I have? To be clear, many forms of breast cancer are as horrible as Multiple Myeloma when they are diagnosed, but hers was not! So, she committed suicide by cancer in the same way that any depressed person commits suicide by jumping off a bridge. It was because of her mental health, not her physical headache that she died.

When I was in my fourth day of intensive therapy at Peace Health in Bellingham, the day after my diagnosis of Multiple Myeloma, I had a young nurse suggest to me that suicide might be a decent option for me. I was blown away. I was groping for some hope at the time and she threw this idea up to me. I think—her being about 21-years-old—she saw no value in the life of a 63-year-old man, especially with a 63-year-old man with an incurable cancer.

There has been a lot of water under the bridge, since that encounter three weeks ago. I’ve had my nephrologist predict that my kidneys will come back, and my oncologist say—not predict—that I could have 10-symptoms-free years if the stem cell transplant works. Now, if you use your hope-infused imagination a lot, there is even a narrow path out of this medical nightmare. That path is where the stem cell transplant gives me 10 years and a cure is found within that time. That is very possible as they thought they had a cure in 2017, but it failed later. They are tweaking those things, plus working on at least 10 other approaches.

But what if my course is not so rosy? I don’t fear death as much as I fear suffering. I’m on a MM support group forum and I’ve watched, by FB postings, some really, hard-core suffering. I want to have the option for me to take my own life to avoid that suffering.

Then we come back to the present state. I will be honest and say that I’m suffering now. It is human nature to downplay suffering because we don’t want to sound like wimps and others want to report good news. For example (of the later) someone asked me, “Mike, how are you feeling?” To which I report, “I’m feeling a bit rough.” Then they say, “But you look great.” Then that person tells the next person, “I saw Mike and he looks and feels great.”

I have not felt great since Thanksgiving. Each day is a degree up or down on the not-so-great scale. While my doctors say that I’m tolerating Chemo much better than most, I still feel like, on those nights, I have the worst flu of my life.

I have many other physical complaints that I will not mention here for the fear of being cast as the constant complainer. I dream of a day when I feel normal and right now I can’t even imagine it.

But, back to the other question, I have to reflect on the course of treatment and when along that continuum of suffering and hope is taking my own life a real option?

I remember my philosophical hero, Francis Schaeffer, raising the ethical questions of abortion and physician-assisted suicide. He, rightly, was concerned about the de-valuing of human life at the beginning and toward the end. Then, he suddenly developed leukemia. He died in Rochester, Minnesota. He didn’t use physician-assisted suicide, but his wife Edith (she told me this herself as I moved to Rochester soon after this this) moved his bedroom set from Switzerland to Rochester, so that he could die in a familiar place.

I think that, not like the young nurse who saw no value in a man my age (Francis lived 10 years longer than my present age), there is a time when the path leads only to more suffering with no hope and then suicide is an ethical consideration. I have, however, pledged to my wife and kids that I will fight this as hard as I can, as long as there is hope. And for now, there is hope.

5 responses to “Ramblings: The Ethics of Suicide in the Presence of a Medical Crisis”