If I only had an incurable bone marrow cancer, I would be on top of the world. I know that sounds strange, but the MM has never—directly—caused me any symptoms.

While we will not be doing tests on my cancer at this juncture (we will in about 3 weeks) I suspect that, if it follows the previous trajectory, I am in full remission at this point. I am deeply grateful for that. This is after a year of a profound struggle in the murky trenches to get to this point. I was devastated when I was informed in September that my bone marrow transplant was a complete failure. I was feeling so horrible (physically) at the time and I had fought so hard to survive the bone marrow transplant, that at that juncture, I considered ending my life.

However, now it appears the transplant has done something good. All spring of 2019 I was on an intensive chemotherapy (three drugs twice a week) and we never could get the cancer in full remission. Now I am doing just one of the drugs every two weeks and I am in remission. I am having some side effects from the chemo, that I wasn’t having a few weeks ago, and I pray that will pass because it is a problem. Thank you for your prayers and support.

I remember a couple of years ago taking a hike up on the Rosario Head with Greta, my Saint Bernard. While Greta doesn’t hesitate to chase a pack of mangy coyotes off our property, things like her own shadow, a vacuum cleaner, or a balloon popping causes her to have a nervous breakdown. She also has no fear of heights and I think it is because she has no depth perception. I do think the girl needs glasses. If you are not familiar with the Rosario Head bluff, it is about 80 feet or more drop into the icy sea and kelp bed. When I was on top that day, Greta kept wanting to walk right off the top of the cliff and I had to keep pulling against her 120 lb frame to keep her back from the edge.

Now I have some respect for heights, although I have done some rock climbing and mountaineering. However, when I have a good rope and harness on, attached to a good anchor (which could just be another climber) I feel safe.

On that day, there was a gusty wind at my back, and I was just getting ready to give up on the hike and head back down to the low spaces because of the effort required to keep Greta away from the edge. That was until a burst of wind ripped my hat off my head and over the edge of the cliff. I wouldn’t have thought much about it except it was a really nice, Orvis, base-ball style, oiled-cloth, water-proof hat. Retail it is about $70, although I think I got this one from eBay for about $10.

I thought I had a glimpse of the hat over the edge and I got down on my hands and knees (remember I’m still attached to a 120 lb dog who, rather than being like a good climbing partner who wants to anchor, this girl desperately wants to jump off the cliff, taking me with her) and I crawled to the edge.

Sure enough, there was my hat caught on a root just over the edge. If it wasn’t for Greta, it would have been a piece of cake retrieving it. However, I had to plant my foot in firmly against her chest while holding on to her leash (so she didn’t run in the other direction) and push to keep her away from the edge, while, at the same time, I crawled to and over the edge to get my hat. 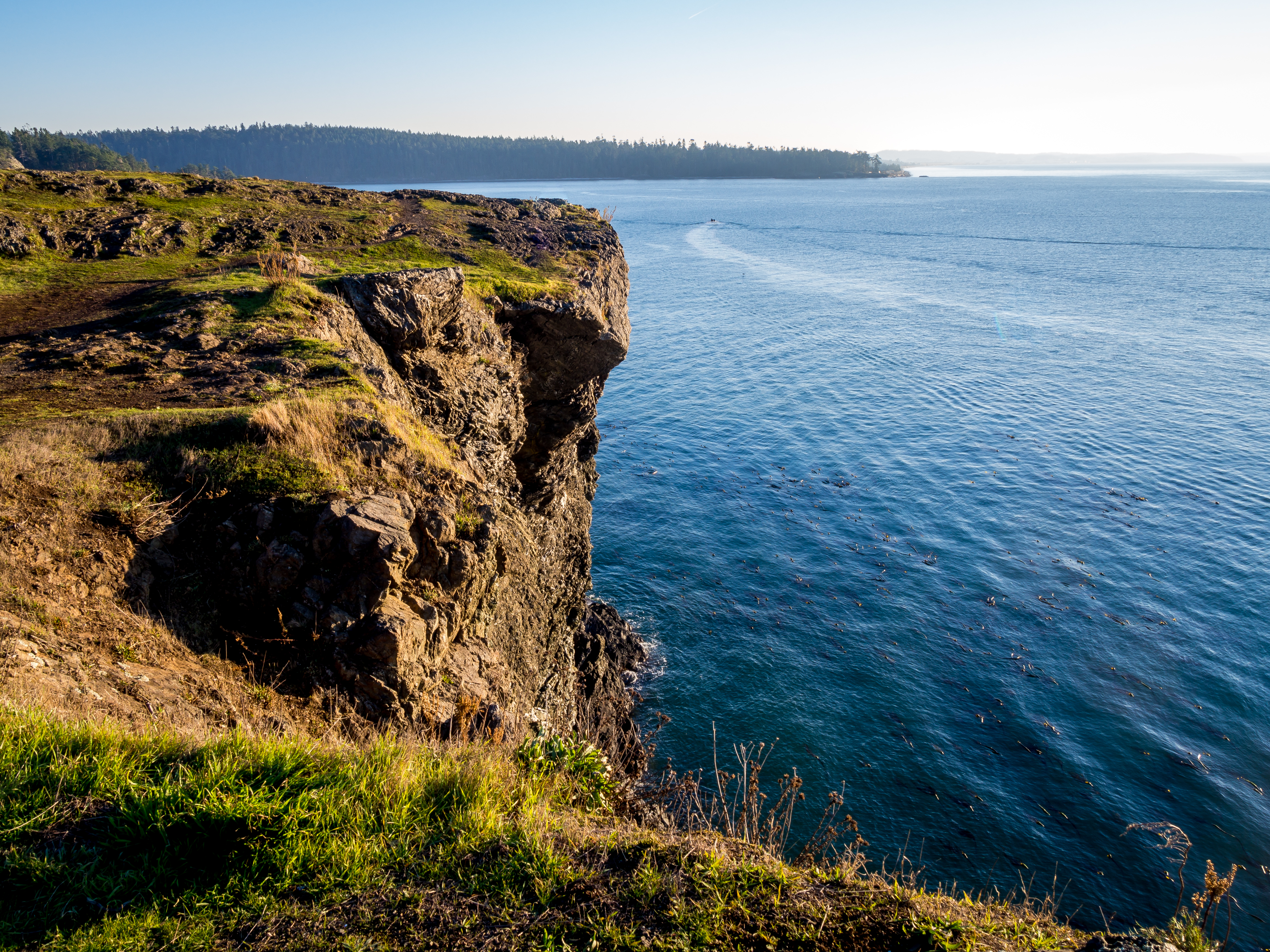 This is what I feel like with my kidney functioning. I don’t know how many times I have had doctors feel that they must tell, “Your lab tests are terrible. Your kidneys are crap.”

“Yes, I know!” I say. They don’t realize that I follow every detail of my tests like a monk trying to study and transcribe an ancient manuscript and there is no reason to scold me, unless they know something I should be doing to improve them… and they never do.

My kidneys are roughly function at a 30% of what the bare minimal functioning of kidneys should be. While it is limited what I can do about that, I have followed a stricter and stricter renal diet. After going on an extreme diet in November, I was so disappointed to see my renal labs get even worse. I have remained on this diet, which is vegan and avoiding diary, avoiding most vegetables, nuts and all fruits except apples; which leaves basically rolled oats, white bread and plain pasta with no seasoning or sauce. Then, my latest renal labs, 2 ½ weeks ago, were slightly better. I must also limit my exercise because exercise increases toxins from the breakdown of proteins.

I ask for prayer. While a cure would be nice. If my renal labs just improved by 10% it would profoundly improve my life. I could some day eat a tomato product again! That’s all I’m asking.

My first symptoms around Christmas of 2019 were neurological. I suspected I had ALS and was prepared for that terrible diagnosis. I was totally surprised when it turned out I was in renal failure; my kidneys having been taken out by the bad proteins being produced by the cancer. While neurological symptoms are not uncommon with renal failure, the nature and severity of mine has been quite unusual. I know that I’ve tried to describe this before, but it is twitches from my tongue, face, down through virtually every muscle of my body. It is like worms crawling beneath my skin and deep inside my body that never stops. It was so intense that for months I could not sleep and was exhausted. In the spring of 2019, along with all the other problems I was having, I was praying to God to allow me to die in my sleep to escape this nightmare.

While the kidney doctors, from the beginning, knew the neurological symptoms were from living in renal failure, however, they didn’t know what to do about it or even wanted to talk about it. The Seattle Cancer Care Alliance knew that it was robbing me from any quality of life and was pushing me toward ending my own life as a way out.  They got me into counselling and tried their best to address the horrible symptoms. Unfortunately, nothing we tired worked.

Because the neurological symptoms, while never going away, run in cycles I cannot tell if it is slightly improving or not. It is better than the very beginning, but it seems quite steady for the past 9 months. One of my frustrations has been getting my doctors to care about this problem because it is so odd. I am seeing a neurologist now and while he as only guarded optimism, I hope we can find something to help.