Imagine that it was the year 300 B.C. and you were sitting on the steps of the Parthenon on the Acropolis in Athens. You and a group of philosophers would be debating the topic of fate. This was a common topic of debate during those years and the years to follow. The dilemma that the early Greeks faced was that in their polytheistic society, it was not clear if fate controlled their gods or their gods controlled fate. You must remember that their concept of god was much closer to our present-day Marvel super heroes. Their gods fought among themselves and it appeared that fate controlled them. But then, how could they be considered a god?

We, humans, have always had a hard time dealing with the concept of fate and that struggle is universal. The atheist must cope with it as does the Christian and virtually all religions, each in their own way.

Fate is a topic that I’ve thought about a lot, more in these days. The reason is simple. As I’ve mentioned in other ramblings, the odds of me getting Multiple Myeloma (MM) in my lifetime was .04%. That means that I had a 99.96% chance of not getting MM. While there is no way to compare cancers, MM, like pancreatic cancer, must one of the worse. It is so bad because it isn’t something you screen for like with a colonoscopy, mammogram, or a PSA. It also comes on in stealthy way, where you don’t know you have it until it has (as in my case) destroyed your kidneys or your bones start breaking for no reason. MM is also considered incurable and always ends in death, unless the victim survives long enough—through treatments—to die from something else. The last reason MM is considered gnarly, is that when you die from it, it isn’t pretty. It is where your bones dissolve to the point they all start to fail, causing considerable pain and suffering. But there is no easy cancer and I shouldn’t even attempt to make a comparison.

The honest atheist realizes that fate, like everything else for them, is meaningless. It happens per the statistical chances according to the laws of nature. The dishonest atheist, however—and there are many of them—tries to inject meaning by repeating clichés such as, “All things happen for a reason.”

I can’t speak for all Muslims, but I can look at the way my Muslims friends in Cairo dealt with fate. They called it the “Evil Eye.” It wasn’t clear, and they seemed to waver, if this evil eye was from the devil or as a punishment from God. Most of the time it seemed to be the latter.

The best example of this idea of fate was when our neighbors, parents and two daughters, went on a week-end trip but didn’t come home as planned. It was a week later when another neighbor saw their daughter, wearing a burka—which she didn’t normally wear—buying groceries at midnight. This neighbor confronted her. Finally, she confessed that they were in a car wreck on their trip and her mother was injured and in the hospital. The family was very embarrassed, not because the accident suggested that they were bad drivers, but because it suggested that God allowed the evil eye to harm them because of some sin someone in the family had done.

I’ve mentioned before that I was an evangelical for about seventeen years (ages 18 to 35) and I know that culture well. They, too, struggle with the concept of fate, just like the early Greeks and for the same reason. They pretend to have a handle on it, but hey must become theological contortionists to justify fate. The problem is, they always want to define fate as an attribute of God’s sovereignty. So, you can’t say that something happened without God’s consent, or they will interpret it as God is weak or limited. Therefore, there is a huge social pressure—within that narrative—to bury bad news.

I remember, like it was yesterday, attending a workshop for all new missionaries on how to write a successful newsletter for donor churches. The speaker said that a missionary should never, ever, write anything but exciting and positive news. He said, “Write about all the great things God is doing, but never about struggles because churches back home don’t want to give money to losers.”  The sad thing was that he was correct.

In Egypt, I ran into another missionary from different organization. After I knew him well, he confided in me that he had been admitted to a psychiatric hospital for severe depression. I asked him how his donors and supporting churches reacted to that. He looked at me in shock and said, “There is no way I would tell them. They would drop us like a rock. I tell them that things are fantastic.” I’m sure he was right.

Another missionary confided in me that their yong daughter had been raped by someone within their organization. He went on to tell me how he and his wife had to create this convoluted lie to cover the reason why she had to be sent back to the states to live with her grandparents (not mentioning how she had been traumatized). But they could tell no one about this dark secret because it would not fit within the evangelical paradigm of sweetness, miracles, and good news. There was a profound disconnect between their real life overseas and their newsletters, which they sent back home. I suggest most missionary newsletters, just like Face Book posts, are a deception of real life at best.

Somehow, we must disconnect fate from the idea of God’s sovereignty. Bad things happen for no reason and we must be comfortable with that. It isn’t suggesting that God isn’t powerful enough to control fate or that the victim is responsible (for example not praying hard enough). We must stop injecting meaning, such as God’s punishment, or somehow the bad news is the fault of the one who is suffering from it.

I wish—more than you can imagine—I had good news of miracles to share, but I don’t. It is not because I’m a negative person and I’ve failed to “look at the bright side.” It is simply, for no reason, I’ve had very little good news to report. I hear, almost daily, “Mr. Jones your labs are really bad.” or “Mr. Jones, your blood pressure and pulse are really high and dangerous.” To which I keep apologizing, “I’m sorry.” I’ve had many people praying for my kidneys to get better. I’ve prayed my heart out. However, so far, their progress has been quite disappointing. I’ve prayed for my constellations of symptoms to get better, however, so far, there has been very little progress and some of the old symptoms have been replaced by new symptoms related to chemo. 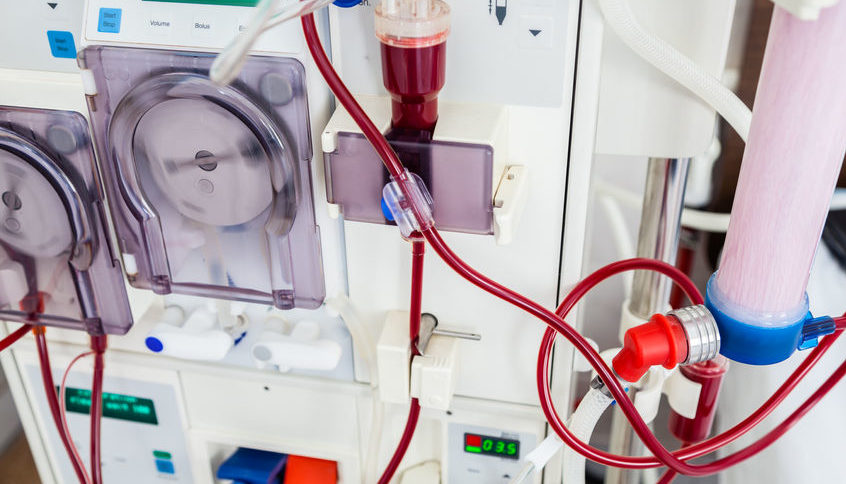 I fear that within this narrative that my bad news will become loathsome to others and that I will soon be abandoned. I pray for good news to come and I will share it as soon as it comes. I’ve found myself over-reporting how well I feel, as not to disappoint. Others have reported back to me that they’ve heard that I’m doing great, to which I must stare. I wish I were doing great. I feel rough and each day is a struggle to cope (physically). I am glad that I’m alive and for that I am thankful. But I am still wanting for good news to share . . . and you will be the first to know when it comes.

Mike (typing with one hand from a dialysis machine so please forgive the typos).