Summary: No, I’m not getting off dialysis anytime soon. 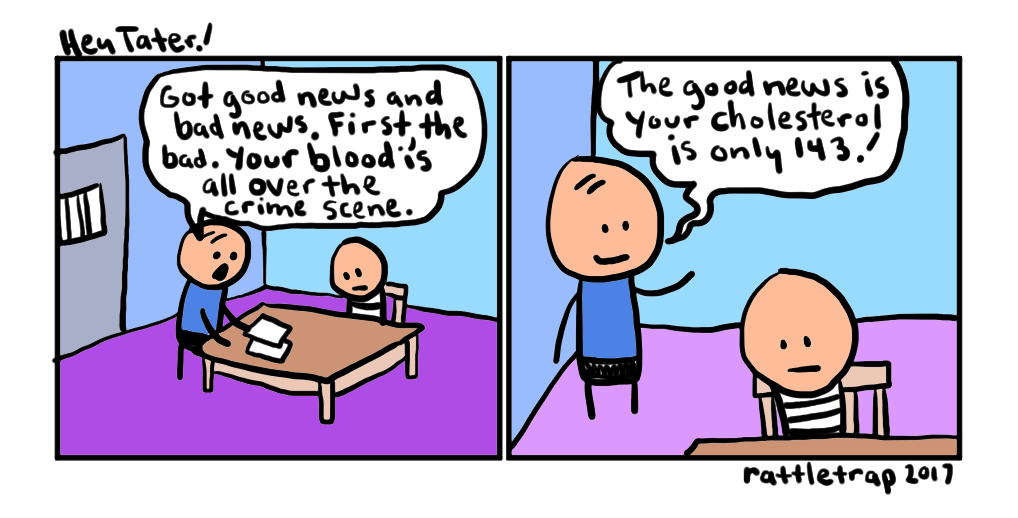 Well, you know what say about good news and bad news?

A few weeks ago I put here and on Face Book that my nephrologist called me and said he was ready to kick me off dialysis. I said then, it did not make sense (and my day job is a medical provider and I have been personally following my own labs in a spreadsheet). Yet, I wanted it to be true so badly, and I had to trust that he is a nephrologist and knows more about this than me.

To cut to the chase, that call was a mistake. No, I’m not getting off of dialysis anytime soon. But it was as simple mistake. My labs at the dialysis center are usually drawn prior to dialysis. The labs he saw that day, which were almost normal, were done after dialysis. That is a huge factor!  He saw labs which were reflecting my blood toxin levels after dialysis had just finished cleansing my blood. He assumed that they toxins were that low because my own kidneys were doing so well.

The above was not a surprise to me nor is it devastating. Like I said, as medical provider, I was dubious from the beginning (I’ve had some people accuse me of being “negative” when I doubt stories which are too good to be true). Yes, I’m disappointed. I regret posting this information on Face Book because so many people have assumed that my kidneys are better and that I’m off dialysis. I know they mean well.

I was very disappointed when I got this mornings lab results. It had been two weeks since we did labs. I was hoping and praying my heart out the numbers would have dropped. They were about the same as they were two weeks ago. If I had been a woman, I would have gone home, closed the doors and had a long crying session. But since men are not given that license (and I know that I reflect my generation) I had to swallow the tears and see patients. That’s how disappointed I was. Finding good news is like trying to find a clear spring in the Sahara. You grope and are sometimes disappointed with a mouth full of sand.

So, for now, forget that there was any hope I was getting off dialysis today, but do keep praying to that end.

So, where’s the good news?

My nephrologist is still hopeful that I can get off dialysis. He wants me to continue to be patient. If you follow my labs over the past two months, my kidneys are moving very, very slowly in the right direction. He will also keep me on “Dialysis Lite,” which is two days a week for three hours.

I will mention one more bit of good news. I have this awful constellation of bad neurological symptoms, which we assume were caused by living with acute renal failure for a month or two (prior to diagnosis). While most of those symptoms have had very little progress, one of those was a very fast resting heart rate. That problem suddenly went away about 10 days ago. It resolved overnight. It tells me that there is some healing in my nervous system and hopeful it will start to show up with resolution of other symptoms.

My next big event will be the results of my protein electrophoresis, which will tell us if the chemotherapy is working to suppress the cancer. I will get that information on Wednesday.

The last good news is that this is a no-chemo week. Last Thursday – Sunday, I felt as bad as human can feel from side effects. Today, I’m already starting to feel much better. Mike